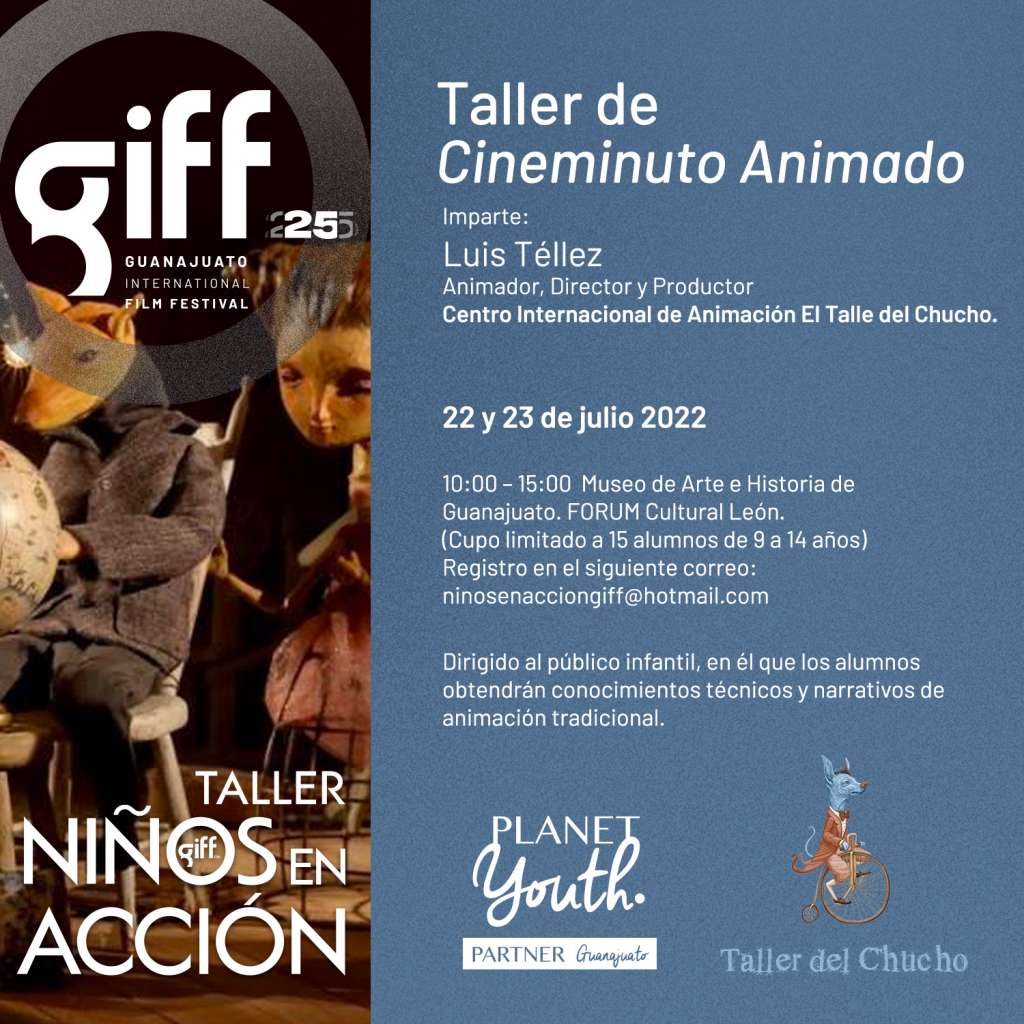 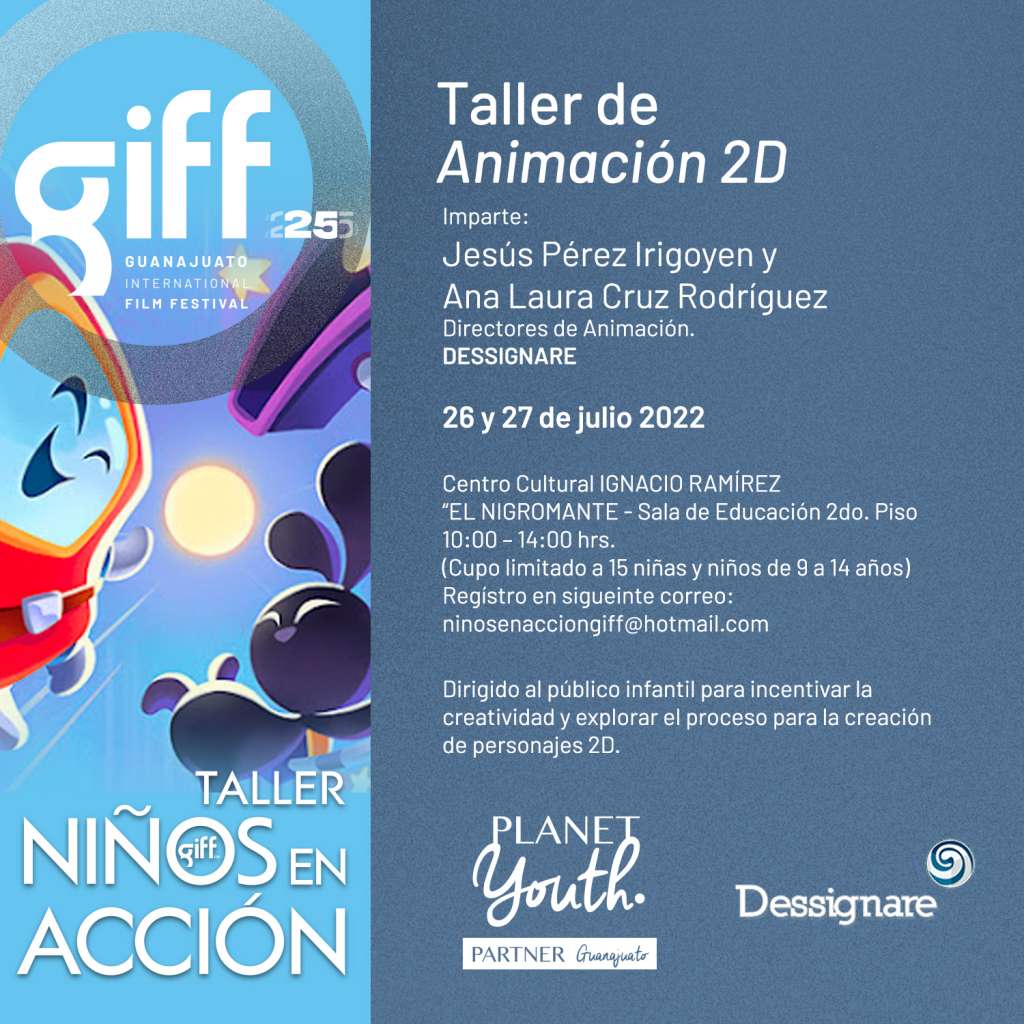 Guanajuato International Film Festival joins the Planet Youth Program —an evidence-based addiction prevention model implemented by the Government of Guanajuato— with animation workshops for children and adolescents. These workshops will be focused on the theme “Love in time”, which implies giving affection and attention to children from infancy, taking advantage of free time with creative activities. On this occasion we will have the participation of the Croatian delegation, Guest Country in this twenty-fifth edition of GIFF, El Taller del Chucho and Dessignare studio.

In this intensive animation course, the children and adolescents who attend it will have the opportunity to learn animation techniques to make an animated minute film, thus awakening the creative potential of children and promoting the culture of risk behavior prevention. This workshop will be given by the celebrated animation director and producer Luis Téllez, winner of the Ariel Award for Best Animated Short Film in 2019 for his film Viva el rey and member of El Taller del Chucho —an international animation center based in Guadalajara, Jalisco.

In its twenty-fifth anniversary edition, the Guanajuato International Film Festival has the honor of having Croatia as Guest Country of Honor, a nation whose cinematography has excelled especially in the field of animation. It is a privilege for us to have a delegation of Croatian directors and producers who will give a design and caricature workshop for comics aimed at the youngest members of the family.

Those attending this workshop will be able to stimulate their imagination by creating characters in two dimensions, in addition to learning about and implementing animation techniques that will allow them to see how their creations come to life before their eyes. It will be taught by digital creative Jesús Irigoyen and producer Ana Laura Cruz Rodríguez. Dessignare is a production studio specialized in digital art, design and animation based in the State of Mexico.

In this session, the children attending will be able to explore the process of creating a stop motion and augmented reality short film with digital creative Jesús Irigoyen and producer Ana Laura Cruz Rodríguez. As part of the Planet Youth initiative implemented by the Guanajuato Government, this workshop will encourage the importance of self-care and responsibility regarding arrival times at home.

Participants: 40 winners of The Critic’s Hall monthly editions, 20 in each workshop.

This workshop will give a brief and appropriate introduction to the craft of film criticism through discussions, practical examples and exercises. It will feature the participation of young aspiring film critics who have been in the monthly sessions of El Salón de la Crítica at GIFF for the past year.

One of the most important innovations for global film production has been the use of drones to obtain spectacular aerial shots that would otherwise be impossible to obtain for most people. Guanajuato International Film Festival offers, during its silver edition for the 25th anniversary of its foundation, a drone handling workshop with digital designer René Alejandro Valderrama, where you will learn basic concepts of its methodology, video aviation laws and aerial photography.

Eight participants of the Identity and Belonging University Documentary Contest will receive scholarships from Guanajuato International Film Festival to take a workshop with renowned screenwriter Racornelia Ezell. In it, they will have a complete panoramic of writing techniques, from identifying the seed of the story, revealing the universe and its details and translating it into a rundown, a logline and a synopsis.

This workshop is given by Leticia Moreno, coordinator of the National Film Script Contest, and the writer and journalist Rafael Martínez. In it, finalists of the script contest will be able to fine-tune their projects through revisions and rewriting under the expert gaze of our advisors.