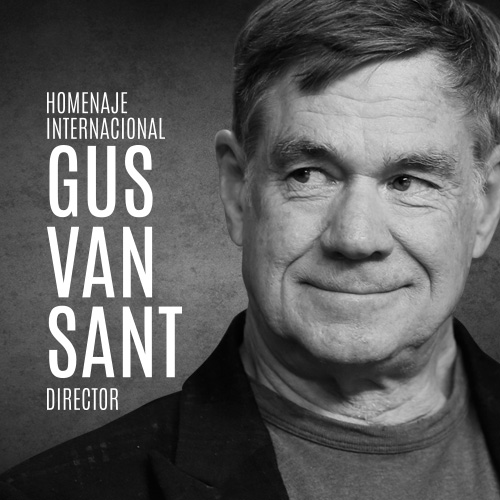 The wild side of the American Dream

Lauded for decades as a crucial auteur of American Independent Cinema, Gus Van Sant offers cinema drenched in Depth that pushes the limits of marginality and centralization.

An essential auteur in American Independent Cinema, Gus Van Sant was born and raised in Louisville, Kentucky. Interested in visual arts from a very young age, it was during his teenage years that he first held a camera and made a series of autobiographical short home movies on a Super-8. After entering the Rhode Island School of Design in 1970, he turned his focus toward cinema and away from (though never completely) other artistic expressions like painting and photography.

After spending some time in Europe, Van Sant entered the Los Angeles film industry as an assistant director to Ken Shapiro. It may be that the huge contrasts that exist in that California city were a source of inspiration for his interest in marginality: a core of oddity in the middle of the American Dream, lost youths and a vision of sexuality often linked to violence.

His first film, Mala Noche (1986), deals with a gay romance between a liquor salesman and some Mexican immigrants, highlighting the racial, sexual and age difficulties that often dictate love in our time. This film would attract the eyes of critics and film festivals that would notice for the first time a newfangled vision in the American film landscape.

Mala Noche would be followed by Drugstore Cowboy, based on an autobiographical novel by James Fogle. Starring Matt Dillon, Kelly Lynch, Heather Graham and William S. Burroughs, the film portrays a gang of drug addicts and has been well received by critics now and then. This tale about the marginal balances of American society was the film that would launch Van Sant to international fame. The same obsessions were portrayed in the lauded My Own Private Idaho (1991), starring ill-fated young actor River Phoenix and Keanu Reeves, who tell the story of two street prostitutes searching for an axis to their existence.

His film may look puzzling at first glance; Van Sant appears to be re-inventing his approach with each project, as if he were trying to rediscover how to make a movie with each step. After these initial successes, his career would continue with such disparate projects such as Good Will Hunting (1997), based on a screenplay by star Matt Damon and Ben Affleck (Academy-Award winner for Best Supporting Actor for the late great Robin Williams and Best Original Screenplay, nominated for Best Picture); the shot-for-shot remake of an Alfred Hitchcock classic (Psycho, 1998); and an exploration of the hours leading up to a Columbine-like school shooting Elephant (2003), for which he was awarded Best Director and Best Film at the Cannes Film Festival.

After his so-called “Death Trilogy” (made up of Gerry (2002), the already mentioned Elephant (2003) and Last Days (2005), all of which were inspired by true events), Van Sant would add another major critical success with his biopic Milk (2008), about gay activist and San Francisco City Supervisor Harvey Milk —the first openly-gay man elected the public office in California. This film won Academy Awards for Best Original Screenplay for Dustin Lance Black and Best Actor for its star Sean Penn, as well as a nomination for Best Picture.

In 2011, Restless, starring Mia Wasikowska and Henry Hopper, premiered at the Un Certain Regard section of the Cannes Film Festival. Don’t Worry, He Won’t Get Far on Foot (2018), based on the memories of cartoonist John Callahan and starring Joaquin Phoenix, premiered at the Sundance Film Festival, which is the latest film in a career that oozes a looseness and originality in contemporary cinema.

With a stable team of artists that have worked with him on most of his films, Gus Van Sant balances the center and the margins, the permanent search for novelty and the wires that move his obsessions from his first film to his last. Reality melts in a poetic amalgam with the emaciated images that can only come from the deepest fever dreams. The humanity in his vision and the endless curiosity for possibilities in cinema at its most intimate and evolving, make him an irreplaceable presence in the landscape of world cinema.

It is a great honor for the Guanajuato International Film Festival to pay tribute to this great filmmaker who has shown his ability to take us to unexpected places and make a work of art that is true to itself in spite of industrial ups and downs that offer a place of privilege to creativity, dreams, oddity and the most disturbing qualities of the moving image.