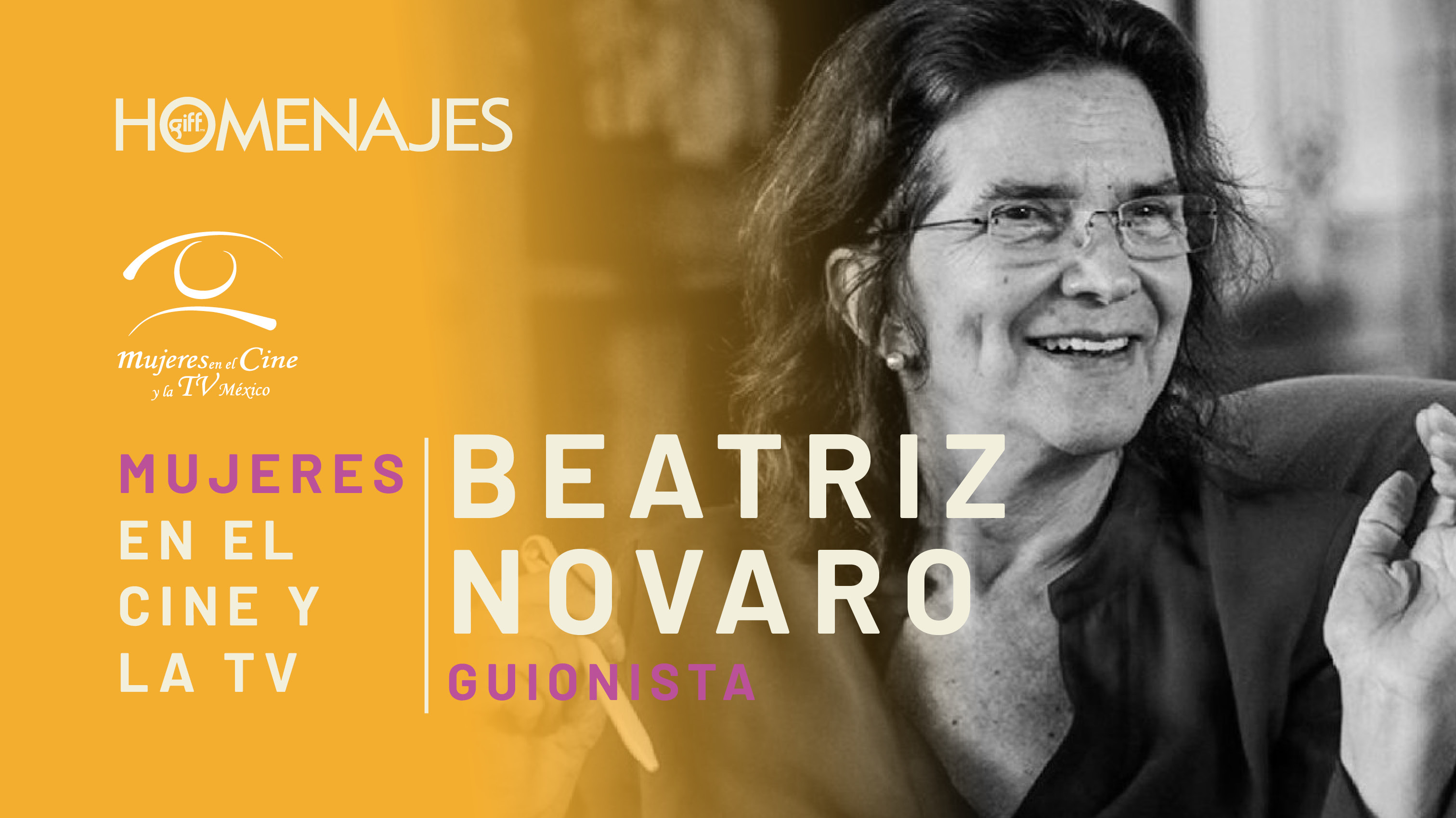 Award-winning Mexican writer, screenwriter, playwright, and poet, Beatriz Novaro is proof that the work of sharing and writing down stories is an act of rebellion.

Born in Mexico City on June 13th, 1953, Beatriz Novaro studied at the Centro Universitario de Teatro  University Theater Center) at Mexico´s National University (CUT/UNAM), later following the path towards screenplay writing at the Centro de Capacitación Cinematográfica (Cinematographic Training Center), acquiring a particular taste for weaving complex plots along with a strong desire to see them shown on screen, with her sister María becoming her greatest ally in doing so.

With the firm hopes of transmitting her stories, Beatriz slowly began practicing her craft, which would reveal the path towards creating film scripts. This is how she would go on to take in an entire literary universe involving female characters undergoing everyday situations, revealing the worries and existential fears they always carry.

In 1987 she co-wrote the short film Azul Celeste, directed by María Novaro, which was selected as part of the Historias de la Ciudad (Tales from the City) project, winner of the Quinto Centenario award for Best Iberoamerican Production, as well as the Danzante de Oro at the Huesca Short Subject Film Festival in Spain. Throughout their career, the Novaro sisters have received several scholarships, amon which we could mention the scholarship for the International Film and Television School at San Antonio de los Baños, and the grant from the Sundance Institute, which allowed them the opportunity to hone their abilities to their limit at these prestigious institutions.

In 1989 Beatriz joined Mexico’s film industry, writing the feature film Lola, once again directed by her sister María. This earned them both multiple awards, including the Ariel for Best Film Screenplay in 1990. The Screenwriter-Director coupling of the Novaro sisters would continue gathering strength when, that same year, they released Danzón, one of the most important films of its time, a telling the pleasures of being a single woman living in Mexico, a country filled with music and color. This earned the duo an award once again, winning an Heraldo award for Best Screenplay.

The following year, in 1991, she helped write the short-subect script for Los Bajos Fondos, directed by César Sandoval. By 1993, and once again with María helming the Director chair, Beatríz wrote the screenplay for El Jardín del Edén, which deals with the situation on the country’s northern border. Before developing this project the Novaro sisters requested a scholarship from the Mac Arthur Rockefeller Foundation that would allow them to work for a year and a half between Tijuana and the United States. This film would earn Beatriz the award for Best Screenplay at the Cartagena Film Festival in Colombia. In 1995 she wrote, alongside Enrique Rentería, the screenplay for Andrómeda, whinner of the 1st Film Screenplay Biennial organized by Mexico’s General Writer’s Association (Sociedad General de Escritores de México, SOGEM), TELEVISINE and FECINE.

In 1998 she took charge of Screenplay department at IMCINE. Then, in 2002 she worked alongside Valentina Leduc on the screenplay for Changos en la Cama. Leduc commented that working with Beatriz involved learning to come face to face with writing and methodology in an emotional and sensory way. In 2008 she received a recognition for her Film Writing from the SOGEM, Filmoteca UNAM, IMCINE, CUEC and CCC, having been selected from among 33 fellow members of the Film community.

Beatriz has also written collections of poems, such as Caja de Resonancias (1983), were she recreates female characters found in everyday life; and Desde una banca en el parque (1998), where she presents portraits, elemental passions, and imagery from a daily routine that appears to have no end. As a novelist, she wrote Cecilia Todavía (1996), telling the story of a character who lives and walks through her memories, regrets and social isolation. She has also written plays for the stage, such as De Paso and Manga de Clavo alongside Juan Tovar. Her screenplays for Danzón and Lola have been published by El Milagro (1994) and by CONACULTA (1995), respectively. Besides writing her own screenplays, Beatriz has mentored young writers and collaborates closely with renowned film directors such as Paula Marcovich in El Premio, or Lucrecia Martenl in La Ciénega. She currently works as coordinator for the Screenplay module at the CCC.

“Screenplay writing is traditionally seen as a female role, as it shares certain elements with the role of women; it stays in the background, and as soon as it’s on screen it disappears, like it had never existed, just like house-work” she once said in an interview. But then, how can a screenplay writer discover these stories, tell them, and get them on the screen? By following a career that could now be labelled as magnificent, with highlights across the whole and focusing on the foreground. With exceptional work, is Beatriz Novaro’s answer to our question, as she embraces the female perspective in her work, giving visibility to all women through her characters and her stories.