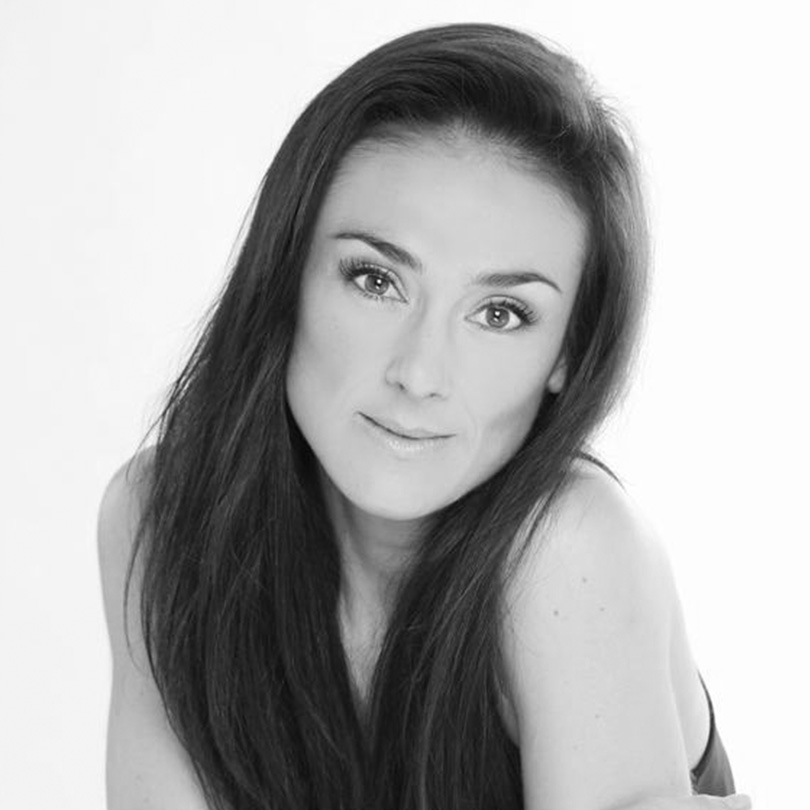 Her 18-year career in the arts have brought Sophie Alexander Katz a nomination to the Ariel Award for Best Actress in 2019, for her role in the feature film Los Días Más Oscuros de Nosotras. She has twice been nominated for Best Actress at the Monte Carlo International Festival in Monaco, and by Mexico’s Theater Journalists Association (Asociación de Periodistas Teatrales, APT).

Acting runs through her veins. Born to a renowned family of artists – granddaughter to legendary actress, writer and theater director Brigitte Kaufmann Alexander and the niece of Susana Alexander – Sophie naturally and intuitively underwent acting training from an early age.

Since childhood Sophie would help her grandmother with her scripts, and she in turn often urged her to be an actress. “Ever since I was little I’ve enjoyed getting into another person’s skin and seeing the world from another point of view.” She soon became interested in acting studies, enrolling in Mexico’s Casa del Teatro and the U’s Central School of Speech and Drama. She has received scholarships from the Fondo Nacional para la Cultura y el Arte to help support her studies abroad.

Studying under teachers such as Luis de Tavira and her studies in London have allowed her to take part in several stage productions, both in Mexico, the UK, and other countries, receiving high praise for her work.

While in London, Sophie Alexander-Katz received an offer that left her dumbfounded: To play Frida Kahlo in the fictional fragments of a BBC documentary program. This was followed by plays such as William Shakespeare’s Hamlet, Three Sisters and The Seagull by Anton Chekhov, and in the French production of The Wise Women, by Moliere.

Her work on the big screen has allowed her to become better known among the public, who have recognized her acting quality. In her filmography are films such as Si yo fuera tú, La dictadura perfecta, Labios rojos, De este mundo, 180º, Asteroide, Café Paraíso, One long night, Puppet soldiers, Los Dias más oscuros de nosotras, Luces artificiales, 1975, La noche de siempre, and more recently, the comedy film Solteras, which has been warmly received by the public. She also participated in the 2020 edition of the Sundance Film Festival with the film Blanco de Verano.

TV series have been a great showcase for Sophie Alexander Katz, who has worked in series such as XY La Revista, produced by Patricia Arriaga for Once TV México, Yago, 40 y 20, and Mujeres Asesinas, all produced by Televisa. She recently played journalist Adela Micha in the series Historia de un Crímen: La Búsqueda, for Netflix.

Committed to good causes, Sophie alongside other personalities in Mexico’s art and culture scene took part in creating the “El Grito más Fuerte” collective, espousing various social causes such as the “Ponte en los Zapatos del Otro” (Walk in Someone Else’s Shoes) campaign, where the faces and voices of family members of the many thousand victims of disappearances in the country were showcased. She recently led a large campaign for monitoring poor air quality, organized by Greenpeace across several states in Mexico, demanding governments put norms and regulations in place.