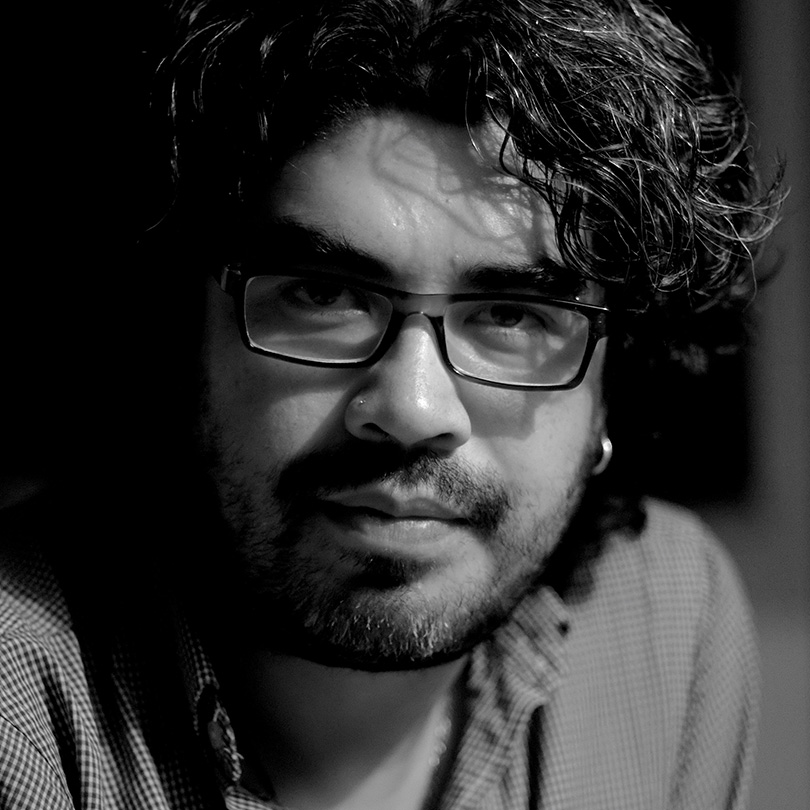 Film programmer, cultural manager, visual artist, film performer co-founder of “Trinchera Ensamble” and first director of the Experimental Film Laboratory (LEC), both are projects that link cinema with other contemporary arts such as performance, installation, art object and conceptual art, among others. From cinema he has created experimental collaborative pieces in film and video analog format creating a dialog with sound art and experimental music.

Director and founder of the  “Faro Aragón” project, located in the former Corregidora cinema in the outskirts of Mexico City, this space is focused on visual arts, promoting collaborative filmmaking through the training, production and exhibition of community cinema.

He currently works as coordinator for the Creative Laboratories for Community Culture project, a nationwide program from Mexico’s Ministry of Culture, generating projects supporting participatory creation of Art and Culture for the country’s communities. His audiovisual work has been shown in several festivals and museums across Europe and elsewhere, such as FLEX festival in Florida, Antimatter in Canada, Mexparismental, and Cinema des Different in Paris, L´alternativa in Barcelona, (S8) Mostra de cinema periférico de la Coruña in Spain.

His work as appeared in places like Museo de Bellas Artes in Santiago de Chile, Mono no Aware in NY, Museums Quartier and Samlumg Essel Museum in Vienna, Austria. He has also given presentations around the world such as in the Itinerant Festival Signés de Nuit, where his short film “Sinfonía Insania” was presented as part of an international film retrospective in Beirut, Lebanon; and in the Eksperimento Festival in Philippines. In Mexico, his work has been shown in places such as the Alameda Art Laboratory, the City Museum, Carrillo Gil Art Museum, Multimedia Center, Chopo Museum, Tamayo Museum, as well as the Aural Contemporary Music Festival, at the first Zapatista Film Festival, Ambulante, FICUNAM, among others.